Marco Tonegato was born in Milan in 1966. When he was only 6, he began painting the first watercolors observing the work of Franco Genovese, a painter from Schio (VI), his mother’s cousin. Following his passion for design he enrolled in Architecture at the Polytechnic of Milan where he graduated with full marks. Thesis topic: “Design of an Integrated Residential Centre for Autistic Syndrome Children”.

In Switzerland he obtained a Master at the IAUG Institut d’Architecture de l’Université de Genève. From 1999 to 2005, he teaches at the IAUG in Geneva. Thanks to Prof. Henri Bresler from Paris, Tonegato rediscovers his passion for painting. During his career he has worked as an architect in Denmark, Sweden and France; than in Monza (Italy) for the development of several important construction projects.

In 2011 Tonegato took part (in collaboration with other artists) in the “Charity Box-Emergency Project for Japan”, international charity event for the victims of the 11th March 2011 earthquake and tsunami.

In 2014 he started a painting workshop with disabled children from the OASI social cooperative in Lentate sul Seveso (MB), a point of reference for the world of disability since 1989 (for info www.oasibirago.org). In this particular workshop more than 130 paintings and a dozen exhibitions were created.

His interest in Japanese aesthetics derives from various martial arts: Tonegato took Karate at a young age and since 2007 he is practicing Iaido (4° Dan) and Kendo (3° Dan). Some of his paintings have been published in the book “LILA Stories of Kendo”, edited by 30 Holding in 2018. 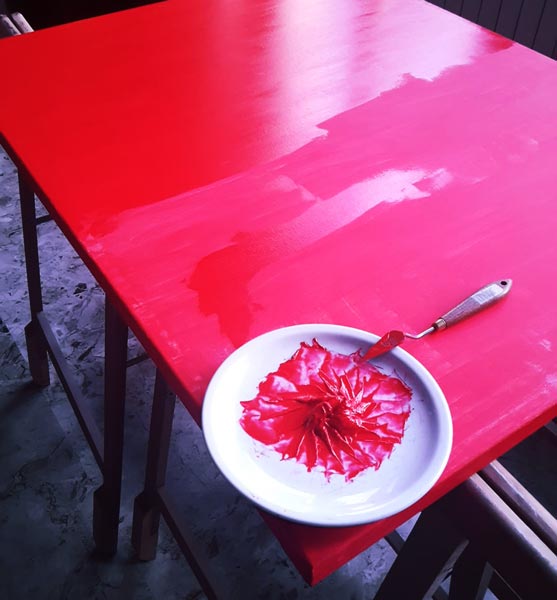